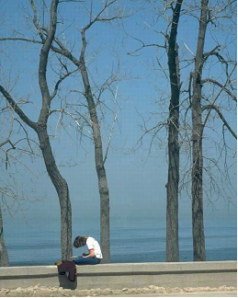 Wesley died and all hope with him. His true love would now be forced to marry the disdainful prince and live unhappily ever after, or so it seemed. But as fate would have it, the hero of The Princess Bride was not really dead. He was, we are told, “mostly dead –there’s a big difference between dead and mostly dead!”

Granted, it is easy to sometimes think that some of our hopes and dreams have withered and died. We have probably all faced that at some point. Mark Twain said, “Lord save us all from… a hope tree that has lost the faculty of putting out blossoms.” Perhaps he was referencing Proverbs 13:12: Hope deferred makes the heart sick, but a longing fulfilled is a tree of life.

When I think of that scripture, I think of a natural tree. It remains dormant in the bleakness of winter –its branches bare. However, when spring arrives, the tree bursts forth with abundance. Solomon said:
To everything there is a season, and a time to every purpose under heaven (Ecclesiastes 3:1). Likewise, the fulfillment of hope also arrives at its appointed time.

Always remember, circumstances might be such that hope has seemingly died, but there is a big difference between dead and mostly dead. All it takes to revive hope is one simple prayer. Then, in its proper season, that hope which has been deferred will burst forth with fulfillment.

May we all find comfort in knowing this.